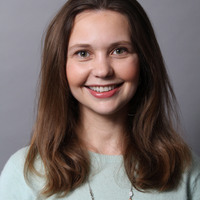 Hi, I am Dr. Yetto. Please click below to start a visit with me.

Dr. Tatyana Yetto is a board certified dermatologist at the Naval Hospital Bremerton and was trained at the Naval Medical Center in San Diego...

What Patients are Saying

I absolutely love how easy it is to see a dermatologist on this app. For people like me who have waited years for treatment due to being embarrassed and afraid of the cost if I go in person, this is life changing! The doctors are very personal when developing a treatment plan and are very easy to contact and work with. Prescriptions are always available at my pharmacy right away. I can’t explain enough just how much being able to treat my skin problems from my own home has impacted me!

The ability to take photos and speak virtually to a dermatologist is well worth the price. No need for an in-person visit, while receiving the same quality of care. Additionally, there is no time pressure with SkyMD®, whereas in-person visits may be rushed due to the quantity of patients in the clinic.

Knowledgeable. Better than in person. Usually dermatologist doesn’t care to listen what patients have to say about their past experience. The internet has enabled many people to better understand their condition. SkyMD® gives the patient an opportunity to, in detail, discuss his/her experiences.

My doctor provided in depth counseling as to what condition I had, what aggravated it, my treatment options, considerations for my budget, as well as a treatment plan that mitigated my risk of known side effects from the medication. I felt respected and cared for as a patient.

I was surprised at how fast my visit/case was reviewed by a Dermatologist. My visit was actually much better than the one I would have received with an in-person dermatologist. I was able to get a diagnosis and prescription within an hour of submitting my visit.

I explained what problems I was having, sent in a few pictures to further explain and had a dermatologist message me within hours of me submitting my visit request and had an Rx sent to my pharmacy of choice later that day. Overall it has been a very fast and great experience.

It was fast and easy. The cost was reasonable. I didn’t have to leave the house or schedule an appointment months in advance. RX was sent to my pharmacy and the doctor gave me a good treatment plan to follow. This was better than what I expected and I will recommend this service to anyone.

Connect with your doctor securely from your smartphone, tablet or computer.

Fill out a short questionnaire and snap photos of your condition.

Get a personalized treatment plan. Prescriptions are digitally routed to your preferred pharmacy.