Nail Psoriasis or Fungus? How to know? When to see a doctor? 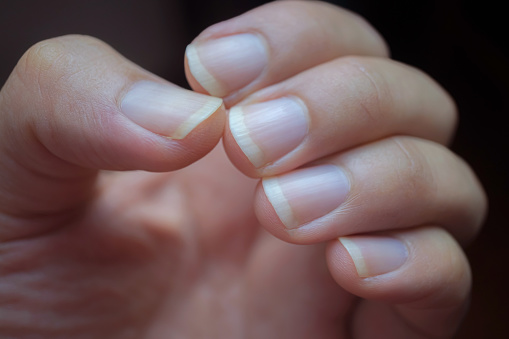 Imagine a great mani-pedi session leaving your hands and feet feeling soft and clean. Sounds great right? But wait? Are you seeing some unusual changes on your nails? Discoloration? An unseen spot? Cracking? Your nails might be trying to tell something.

Our nails are made up of keratin-the same protein that makes up your skin and hair. There are times when the keratin structure is altered, damaged, or taken over by fungal infections.

It is not uncommon to have trouble with your nails. However, sometimes it can get complex if not treated timely. You may be suffering from nail fungus or nail psoriasis.

Nail fungus or Onychomycosis is an infection caused by fungus growing in your nails. It is a contagious disease that begins as a white or yellow spot on your nails. The fungus can spread rapidly infecting your entire nail. It may even turn brown or black if left untreated. 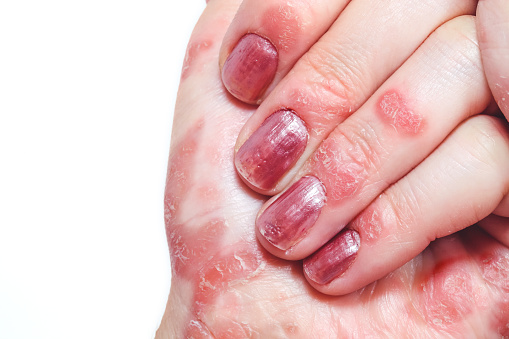 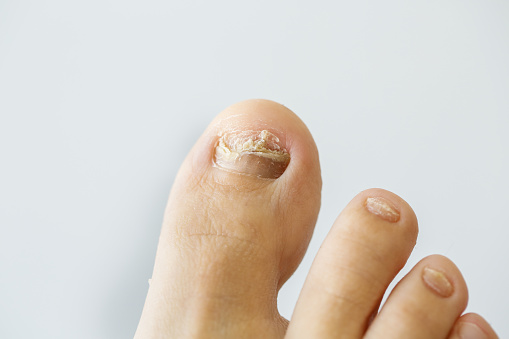 Toenails and fingernails are susceptible to both of these nail infections. If you notice any of the below-mentioned symptoms, you must seek help from your dermatologist immediately.

There are high chances that people may get confused in differentiating between nail fungus and nail psoriasis. Few common symptoms can make diagnosis complex. Therefore, it is important to understand the differences to diagnose the disease correctly and prescribe appropriate treatment.

There are high chances of getting confused between nail psoriasis and nail fungus. They have many similarities. Hence, it becomes important to tell them apart for correct diagnosis and treatment.

Psoriasis is a systemic (body-wide) skin disease affecting many parts of the body. It is a chronic inflammatory disease, and may also cause back and joint pain. A person suffering from the disease may have psoriasis fingernails and psoriasis toenails. Psoriasis fingernails are more common than toenail psoriasis. Red, scaly patches of skin can be visible on the chest, arms, legs, and trunk as well.

Research states that nearly 125 million people are suffering from psoriasis globally. A permanent cure of the disease is not found yet, however, it can be managed with proper guidance. The disease has a significant impact on one’s mental well-being and quality of life.

There is no such thing as a friendly fungus

Except for the mushrooms on your pizzas, finger fungus is rarely appreciated. You certainly don’t want it to grow anywhere on your body.

Onychomycosis is a contagious fungal infection, causing thickening and discoloration of the nail plate. It is the most common type of nail infection, affecting 10% of the world population. Nail fungus affects toenails more than fingernails.

As it is highly contagious, one can contract the disease from an infected person or because of poor hygiene. Fungus thrives in damp or sweaty areas of the body. Athletes and people working in damp places barefoot are highly susceptible to nail fungus.

People with existing ailments such as diabetes or HIV/AIDS have more chances of contracting nail fungus. Hence it is also possible that nail fungus can indicate an underlying ailment in a person.

Can a patient have both Nail psoriasis and Nail fungus?

If the nail fungus spreads to the skin on your feet it is called Athlete's foot. Symptoms include itchy and dry skin between the toes or on your soles, cracking, and peeling of the skin.

People suffering from athletes’ feet have high chances of developing nail fungus. As the name suggests, athletes are at high risk of contracting the disease. However, it can infect anyone if preventive measures are not taken timely.

The fungus affects toenails more than fingernails. Toenails have more chances of coming in contact with fungus while walking barefoot. If an infected person has walked in a public place, they can spread the infection to others. The following symptoms will help you diagnose finger fungus correctly.

Nail color changes to grey, green or brown depending on the sub species of fungus causing. It begins as a spot and then spreads to your entire nails. Such hyperpigmentation is not observed in nail psoriasis.

Nails become more brittle, crumbled and patches may develop. It easily spreads throughout as your nail grows.

Nail fungus can also spread to other uninfected nails and the surrounding skin.

Fingernail psoriasis is more common than toenail psoriasis. It is characterized by yellowing and pits all over the nail surface.

The nail may break or entirely pull apart, leaving a gap between your fingertip and the nail.

Pits become deeper with time and sometimes even holes are formed. Nails become very dry and many ridges are formed, altering the appearance of your nails.

How to Treat Nail Fungus?

There are many topical antifungal creams, liquids, and ointments available in the market. In severe cases, your doctor may prescribe antifungal pills such as fluconazole, griseofulvin, terbinafine, itraconazole, etc. Sometimes, a doctor may suggest the removal of the infected nail to avoid the spread of the fungus.

How to treat Nail Psoriasis?

Treatment of nail psoriasis is complex as there are high chances of relapse. Traditionally, many topical ointments and injections containing Steroids, retinoids, Vitamin D analogs as well as oral antifungal drugs were used. Different drugs target and alleviate specific symptoms.

More advanced treatment options include the use of phototherapy (sunlight, UV radiations and laser) and inducing biologics to treat nail psoriasis. The disease can be managed by various treatment options, however, a permanent cure has not been discovered yet.

A combination of treatments may prove to be effective. Research suggests that the following treatment options are beneficial for nail psoriasis,

When to see a doctor?

It is essential to diagnose the nail disease correctly to treat it timely. Psoriasis is a genetic disorder. If you have psoriasis or a family history of the disease you must seek a doctor’s help.

Finger fungus is also a complex and contagious disease and you must see your dermatologist begin the appropriate treatment.

Meanwhile, you must take the following preventive measures,

Since nail psoriasis is an autoimmune, genetic  disease it cannot be prevented by good hygiene, however, nail fungus can be kept at bay by adhering to these preventive tips.

Only a medical expert can confidently determine the type of nail disease based on symptoms. Timely treatment can help manage both these diseases.

Connect with your Dermatologist Today!

Since 2018 SkyMD has been a trusted virtual platform connecting patients with the best dermatologists all over the United States.

It believes in a ‘patient-first' approach and provides online assistance throughout the day. You can speak to your dermatologist from the comfort of your home.

The firm is owned by dermatologists, which ensures their focus is patients, not gains. They have a team of board-certified doctors with a collective experience of 1,000,000 cases.

Taking care of your body is a priority. Your appointment to healthy skin, hair, and nails is just a click away!

Dr. Nathanael Hathaway
of experience
since August, 2021 with SkyMD